Election Day comes around every year on the first Tuesday in November. Yes — in Virginia — there is an election every year. But yet, somehow, conservatives said they missed this one.

Some of the thousands who lined up to speak at rallies in Prince William and Stafford counties in recent weeks urging the leaders to adopt resolutions upholding 2nd Amendment rights used phrases like “they’ve awoken a sleeping giant,” and evoked the phrase printed on our state flag: “Sic Semper Tyranis.”

Unhappy about the outcome of a Democratic blue wave the swept both the House of Delegates and State Senate, they largely blamed each other for not showing up to the polls to elect more Republicans. Some of the conservatives I talked at these rallies said it was the gun-rights debate, which flared up after the election, was the catalyst that now has brought firearms advocates out of the woodwork.

As to why they’re getting involved in the public process now, they told me things like “I don’t like to get involved with government,” and “I shouldn’t have to be here,” or “I’m just going to leave the state.”

Newsflash: You pay taxes, you use the roads, your children go to public schools, so you are involved.

And if you abdicate your responsibility to be involved in local and state government, who should step up? Should it be left to politicians who, in a world where the local press is dying and fewer people are watching and asking questions, be left alone to make even more decisions in the dark?

You shouldn’t have to be here? OK. Should the decisions of government that affect all of us be left to up to government employees who can effectively lobby the elected officials to approve only the policies they like?

And if you flee the state — no matter what you’re running from — it will inevitably catch up with you.

I’ve been covering local government here for 10 years, and in that time this is the largest number of people I’ve seen show up to speak to their locally-elected leaders. Wouldn’t it be great to also see similar turnout when leaders are debating whether or not to add more toll roads in the region, or whether or not to re-authorize the school superintendent’s six-figure salary?

When it comes to voter apathy, the numbers tell the tale. Comparing the 2019 election with the same election just two years ago, in Stafford and Woodbridge’s House District 2,  240 fewer Republican votes were cast in 2019 in a contest where, once again, Democrat Jennifer Carroll Foy won the seat.

Bucking the trend for the Republicans was House District 31, which straddles Fauquier and Prince William counties, where 467 more Republican votes were cast. However, Democrat Elizabeth Guzman won re-election in that race.

And it’s not just apathy on the side of Republican voters. Precincts in Woodbridge and Dumfries in eastern Prince William County, with seats that have been held by Democrats for years, saw the lowest voter turnout rates in Prince Wiliam County.

In the east where two contests — the 36th District Senate seat race and the Woodbridge District Supervisors seat were uncontested — saw turnout rates as low as 21%. Compare that to precincts in the west that saw both contested races and turn-out rates as high as 46%.

A 46% voter turn out rate in an off-off year election is huge. I hope the numbers continue to increase during future elections.

For too long, politicians relied on people sitting out off-year elections in order to win. But, with the rise of absentee in-person voting — where people can cast their ballots in the weeks leading up to Election Day for just about any reason — those days are over.

And make no mistake; our community and our democracy need your participation. We need your ideas, and we need to debate them. We need qualified candidates to volunteer to represent and serve us.

For this whole thing to work, you’ve got to pay attention, get involved, and advocate for your community. We need you to remember vote is your voice, and you’ve got to use it. Showing up to political rallies weeks after the election, talking about shoulda–coulda–woulda “woe-is-me “doesn’t work.

And, frankly, it’s a slap in the face for those of us who show up to the polls each year, without fail, to vote for the person we think will represent us in government. 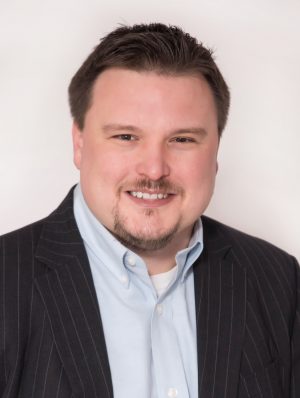